Home News DA candidates address issues: Donadio
News
February 19, 2020February 25, 2020
0 0
To help voters get to know the two candidates seeking election to the office of Hoke-Moore District Attorney this year, the News-Journal presents the following question-and-answer with candidates Arthur Donadio and Mike Hardin. Both candidates are Republicans and are on the Republican primary ballot in the March 3 election. No candidates of other parties filed to seek the office. Incumbent DAs Kristy Newton of Hoke County and Maureen Krueger of Moore County chose not to seek election.
Donadio and Hardin both responded to the request to answer questions.
1. How would you serve the citizens as District Attorney in the new combined Hoke-Moore district?
I will not resort to name-calling and gross falsehoods to win an election or to prosecute justice. My time as a defense attorney has taught me a lot about humility and compassion. You can count on me to prosecute violent and repeat offenders to the fullest extent of the law and to provide equal justice to the accused. That includes knowing when people need a helping hand and knowing when they need to go to prison. I’ll also make sure that in conjunction with law enforcement, we bring good cases and get results with fewer delays. I’ll work with the Sheriffs of both counties to address the opioid crisis with the seriousness that such an emergency requires, and work to root out human trafficking. My office will always be accessible and responsive to the needs and concerns of victims, officers, and witnesses.
2. What would you do as District Attorney to support a timely and fair justice process?
When you run your own firm, you learn a lot about how to make the most of what you’ve got and effectively allocate resources. Since rejoining the District Attorney’s office, I have worked with the Clerk’s office to implement changes to the scheduling of cases that have created efficiency in District court, saving police departments and citizens time and money. I’ve also spent time consulting with law enforcement on charging decisions to make sure we’re not overreaching and that we’re making good cases that will result in convictions. Officers who spend less time in court spend more time policing the community.
I will examine the way things are currently run in Hoke County and look for ways to speed up the time it takes to get the accused to trial. I expect to retain the existing attorneys and support staff, people who work hard and deserve our thanks for doing challenging and often unappreciated work.
Part of the district Attorney’s oath of office states that he will “endeavor to have the criminal laws fairly and impartially administered,” and that’s something I take very seriously.
3. What experience would you bring with you into the office of District Attorney?
I began my legal career in 1996 as an Assistant District Attorney for a district composed of Moore, Montgomery, and Randolph counties. Within a year I was given supervisory responsibility for the Montgomery County office, where I was responsible for prosecuting both misdemeanors and felonies in District and Superior courts. After five years in the DA’s office, I went into private practice, first as an associate, and eventually as a partner in my own firm, Crockett, Oldham, Pope, & Donadio. I’ve got experience coordinating staff in multiple counties, as well as managing staffing and payroll in a small business.
I’ve been qualified First Chair for Capital Defense (death penalty cases) for almost 20 years, a qualification few have achieved, and which takes considerable time. I’ve tried every kind of criminal case, from basic traffic violations to capital murder, in Hoke, Moore, and surrounding counties. I’ve never been afraid to try a case.
My experience on both sides of the courtroom and in multiple counties gives me a different perspective and has honed my trial and management skills. There’s going to be a lot of work outside the courtroom in getting this new district to function smoothly and efficiently, and I think I’ve got the right style and skills to bring people together.
4. What are your thoughts on the condition of the Hoke County Courthouse, and do you think the county should build a new courthouse facility?
I’ve worked in the Hoke County courthouse many times in the past 24 years and have found it in recent years to be dilapidated, often with crowds of people standing outside. You can’t expect to have a calendar with 400 defendants and not enough room to keep people from waiting outside in all kinds of weather. Judge Webb has expressed to me that Hoke County needs a new courthouse based on his time spent holding court there, and I agree with him. I’ll work with the Hoke County Board of Commissioners to provide input from the District Attorney’s office. 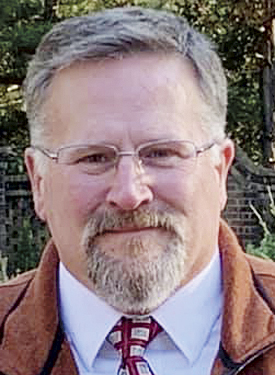