Home Column Browsing the Files
Column
February 26, 2020March 10, 2020
0
The Rev. Preston Jones, the first University chaplain for black students at UNC-Chapel Hill. (March 1, 1973)
Hollingsworth Barber Shop captured the Raeford City Basketball trophy. Pictured are Marion Hollingsworth, (no first name given) Hough, Allen Black, Bobby McMillan, Oscar Cunningham, Leonard Baldwin and Bobby Cunningham. (March 1, 1973)
A “submarine” still was destroyed by agents Feb. 20. The still was located off US 401 at Puppy Creek and had a capacity of 480 gallons before agents blew it “almost as high as the well-known Georgia pine,” wrote a reporter. J.K. Riley and James Thornbrough told the reporter the still was the first they’d destroyed in 1973 in Hoke County. (March 1, 1973)
The Hoke Board of Education is about to be moved to a new building. (March 1, 1973)
75 Years Ago
March 1, 1945
Lt. Eldred Helton, who was previously reported missing in action over Germany since December 17, is now a prisoner in Germany, according to a message received through the Red Cross by his mother Mrs. Mary Helton. Lt. Helton was a copilot on a B-24 and went overseas the latter part of last year.
Nobles of the mystic Shrine and wearers of the Red Fez residing in Hoke County met and organized last Tuesday night with 23 members. Officers elected were J. Benton Thomas, president; Lacy F. Clark, vice-president; M. Cecil Dew, secretary-treasurer. The purpose of the club is to promote good will and fellowship among the Shriners of this section and to further the work of the A.A. O N.M.S. Raeford is probably the smallest town in the country to have a Shrine club.
Housewives need no longer be faced with the yearly drudgery of canning vegetables and meat, reads an ad for the new Hoke County Freezer-Locker Plant. “With the use of cold storage lockers, fresh fruit, vegetables and meat can be enjoyed the year ‘round.”
“Meat is first hung in the chill room at 35 degrees to make processing possible. After processing and wrapping, it is sent to the sharp freezer, where quick freezing at 10 to20 degrees below zero retain all the flavor and vitamins. The last trip is to the locker room where a steady temperature of 0 is maintained.” The ad states 140 lockers have been rented. Another 235 rentals are needed to get priority approval to buy equipment and erect the plant.
From school news:
Miss Lucy Glenn Gill’s homeroom has a new coat of paint. The work was done by Harold Gills, a member of her class. It has been observed that students take good care of freshly painted rooms and they seem to appreciate all improvements made in the cafeteria and elsewhere.
The eighth grade English classes have had experience in using a microphone. Much interesting information about the well-known people of the world was gained by conducting interviews for a celebrity hour. Wilbert Stanton furnished the microphone for the occasion.
The faculty and students of Hoke High are grateful to the Hoke-Raeford P.T.A. for the three dozen plates, three dozen soup bowls, two dozen spoons, and fifty water glasses which have been donated to the cafeteria.
47 Years Ago
March 1, 1973
At a special meeting of the Hoke County Commission the use of revenue sharing funds was approved to build a new Board of Education building. The commissioners voted to let the school board use $90,000 to purchase the land and construct the building. The county needs more office space and will able to use the existing board of education building once it is vacated.
Columnist Sam Morris writes that Hoke High Principal Raz Autry asked him to tell readers that anyone visiting the high school campus had better be there on official business. Others will be prosecuted for trespassing. “This has become necessary because of the frequent visitors that have been coming on the school grounds during lunch.”
A Raeford native, the Rev. Preston Jones, has been named first University chaplain for black students at the University of North Carolina. Jones, who is married to the former Vashti Billinger of Raeford, graduated in 1963 from Livingston College and received his masters degree fro Duke University Divinity School in 1972. As chaplain the former minister of Rhyne Memorial United Methodist Church in Red Springs will work with an advisory board of four students and four non-students who will assist him in defining his role with black students on campus.
Mary Margaret Sawyer, a senior at Hoke High and daughter of Mr. and Mrs. Peter Sawyer, was named winner of the Woman’s Club scholarship during the club’s fine arts festival. Other winners were Kim Jordan, piano; Jane Sellars, voice; and Timmy Sessoms, trumpet. In creative writing, winners were Johnny Taylor, Shari Simmons, Anne MacDonald, Joyce Hottel, Janet Best, Bill Hood, Tonda Jackson, Margaret Postel, Miriam Ropp, Charles Davis and Debbie Turbeville.
25 Years Ago
Hoke residents may be able to watch public TV without a cable connection if the state approves a $ 2million grant for a tower in Lumberton. The transmitter will serve all or part of 11 counties.
Since November Hoke authorities have received reports of six vacant buildings being burned by an arsonist. One house was burned four different times.
Three Hoke schools have recently received accreditation. Rockfish Hoke Elementary, Upchurch Elementary and East Hoke Middle schools all received word in December.
A project to get a uniformed addressing scheme in place for the county has been put on hold. A private company may be used to finish it. The system would aid in emergencies. 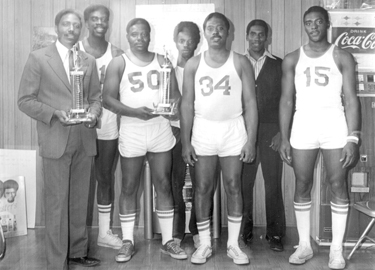 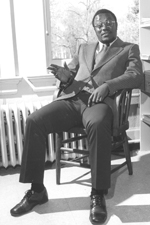 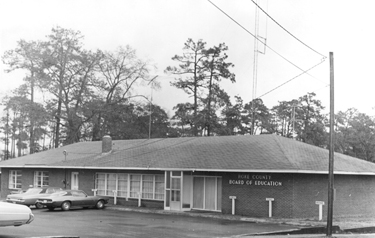 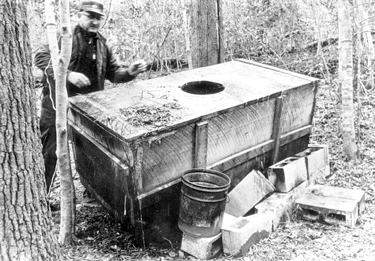