Deputies with the Hoke County Sheriff’s Office arrested a man last week for allegedly firing gunshots into an occupied car.

Investigators arrested Zachary McMillian, 24, of the 2400 block of Milk Dairy Road in Red Springs on one county of shooting into an occupied vehicle. The charge is a felony.

Officers were called to the 1600 block of Hall Road in Shannon around 11:30 p.m. March 26 in reference to a shooting.

“It was discovered that a vehicle operated by Mark Chavis had been shot into by Zachary McMillian after a verbal altercation,” the sheriff’s office said in a press release.

Chavis was not injured in the shooting, authorities said.

Deputies took McMillian into custody. He was held under a $15,000 secured bond.

We’re on the job! In good times, and trying, The News-Journal covers Hoke County. Help us stay on the job by subscribing. Thanks for your support! 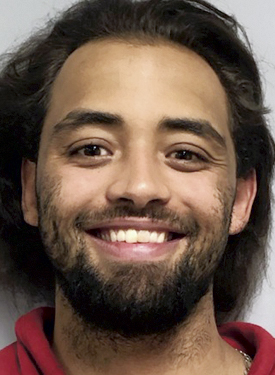