A woman from Parkton was killed Thursday afternoon in Hoke County when her car ran off the road and struck a steamroller, according to the North Carolina Highway Patrol.

Rachel Melton, 32, of Parkton died in the single-vehicle accident, investigators said. Authorities notified her family before releasing her identity to media.

Melton was driving on Camden Road toward Rockfish Road when she ran off the road while going around a curve. Her car traveled more than 40 feet and struck a steamroller parked off the roadway. Melton’s car flipped over and came to rest against the steamroller, pinning her in.

Melton was pronounced dead. She was not wearing a seatbelt at the time of the accident, according to investigators.

Trooper Hoover of the North Carolina Highway Patrol was handling the investigation. 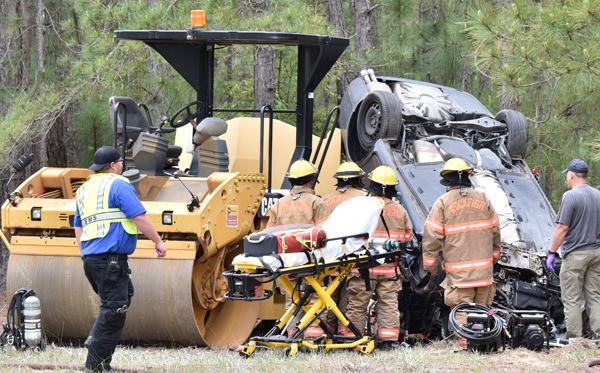