• Alexander McMillian broke one conference record and tied another. (May 3, 1973)

C.P. Kinlaw, Raeford jeweler who has been in the Navy for some time and says he saw ‘lots of the Pacific Ocean,’ is back in the jewelry business in Raeford. He received his medical discharge from the service a few days ago and returned to Raeford last Wednesday. While away, his business was operated by his wife and Miss Annie Neal Sessoms.

Edson Brewer has been promoted from private first class to corporal. His wife lives at Red Springs and his mother, Lillian Bullard, lives on Route 2, Maxton. Cpl. Brewer attended the Hoke County Indian school in Macedonia. Before joining the army air forces he was a farmer. With an ordnance unit of the 55th Fighter Group, the Red Springs soldier is a wrecker operator.

Pfc. D. Roscoe Currie of the 730th Field Artillery has been awarded the unit Meritorious Service Award for superior performance of duty while serving in the German campaign. Pfc. Currie is a cook. His wife, Lillian P. Currie, lives in Raeford.

Miss Margaret McKenzie has been elected principal of the Raeford Graded school to take the place of Miss Annie Buie, who resigned.

Mrs. Emily Cameron, Mrs. Audrey Conk and Miss Buena Baldwin of the high school faculty have also resigned as has Miss Bobby Mayfield of the graded school. A.S. Gaston was reelected principal of the Upchurch school. The lists of the various schools:

Water problems caused by recent heavy rains and flooding at West Hoke School have been solved. All facilities at the school were in full use Tuesday after further testing of the water showed no contamination. The school’s underground pump was pulled for sterilization and a seal was found to be leaking. One water sample taken April 18 showed a 2.2 level of Coliform bacteria, the kind found in human feces, probably caused by overflow from the septic tank. Samples since then found no trouble.

Writes columnist Sam Morris: “The sound of the loudspeaker each afternoon and night tells me that the softball season has started once again. I haven’t been able to figure out who has the biggest time at the games—the players or the fans.

A man sentenced to die for the rape of a woman was given a reprieve by the state supreme court, which ordered the sentence reduced to life in prison. At resentencing for Junior Lee Washington, Judge Coy E. Brewer said, “This resentencing was held at the direction of the state supreme court. I personally feel you were entitled to the death penalty for your crime and I so ruled at your trial last November.”

Brewer added “In January this year the state high court ruled the death sentence mandatory for all persons convicted of rape, arson, first degree murder and first degree burglary if the crime was committed after Jan. 18, 1973, but ruled out the death penalty for capital crimes committed prior to Jan. 18, 1973.”

James A. Graham, N.C. Agriculture commissioners, will speak at the Raeford Kiwanis Club supper May 10 at 6 p.m. at the Civic Center. Reservations may be made by calling James B. McLeod.

Hoke County’s fiscal problems are unprecedented in the state, according to Robert High, deputy assistant treasurer. “You have no fund balance, negative working capital and a low enterprise fund,” he said. “That’s not something we normally see in North Carolina. Your spending is outstripping revenue.”

James Woodall Turlington, retired principal of the school later named for him, died at age 81 in Fremont. He had been a chemistry teacher and served Hoke Schools in several capacities. 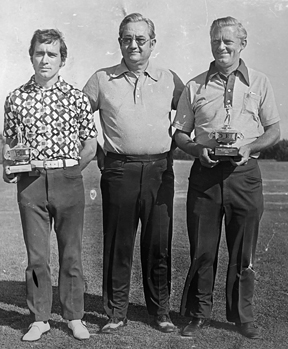