Photos: Mrs. Younger Snead, a first grade teacher at McLauchlin School, was presented a silver trivet upon her retirement by James Bowles, principal. She taught for 17 years. (May 31, 1973)

Men from Raeford were congratulated by Lt. Gen. James Doolittle for their part in the victory over Germany. Robert T. Veasey, B-17 inspector, son of Mr. and Mrs. James  Veasey of Raeford; Claude D. McNeill of Route 2, Red Springs; Walter Howell of Raeford and Harry Reynolds of Route 2, Raeford were mentioned in a summary of activities of the 8th Airforce since August, 1942.

Mr. and Mrs. Clyde Upchurch, Mrs. Clyde Upchurch Jr., Mr. and Mrs. Bill Upchurch and Miss Elsie Upchurch have received invitations to the commissioning ceremonies of the ship Lake Champlain, which will be christened at Norfolk-Portsmouth nave yard Sunday afternoon. Joe Upchurch is a member of the crew. The family will go to Norfolk Saturday and stay until Sunday night.

Editor’s note: According to Wikipedia, USS Lake Champlain, an Essex-class aircraft carrier, served as a transport, bringing home troops after World War II, served in the Korean War, and was prime recovery ship for the first manned Project Mercury space mission, the second unmanned Gemini mission and the third manned Gemini mission. She was decommissioned in 1966 and sold for scrap in 1972.

Mrs. Arthur D. Gore has been notified by the State Federaion of Women’s clubs that she has won the Federation poetry cup again this year for composing the best sonnet. Her sonnet was entitled “Baby’s Bronze Shoes.”

Josephine Hall McLauchlin, daughter of Mr. and Mrs. H.C. McLauchlin, received her B. Mus. Degree from Salem college. She majored in organ at this distinctive Southern college which was founded in 1772.

Pfc. Clinton F. Hall, who has been held prisoner by the Nazis at Stalag 7 A, was liberated on April 29, according to a letter from him received Wednesday by his mother, Mrs. Ada E. Hall and a telegram from the War department the following day. He was serving in France and was listed as missing December 14. In his letter to his mother, he wrote he was in good health and hope to be home in the near future.

Indian students made it clear at an area meeting this week they did not want ethnic history courses taught separately, but wanted their heritage incorporated in to the total school program to avoid segregating Indian students from other students. The meeting was one of several held to gain public input as the county seeks to qualify for $41,000 in Indian Education Act funds.

Jama Chesser, a native of Altus, Oklahoma, joined the News-Journal staff as a reporter. She holds a bachelor’s degree from the University of Oklahoma

Mrs. Agnes Upchurch Johnson, 79, the widow of Julian S. Johnson Sr., died May 24. The funeral was Friday by the Rev. John Ropp and Douglas Kelly. She was the owner of Johnson Company and held large farming interests in Hoke County.

The annual wagon train  begins June 7. Henry Maxwell will serve as wagon master during the three day trip. After camp is set the first day, a square dance and drawing for a lawnmower will follow. The train will leave the armory campsite headed for Sinclair’s Pond for recreation and swimming.

Hoke County’s entire Parks and Recreation staff resigned suddenly. Donna Foy, Artego Goggins and Kimberly Clark handed in their resignations. Foy decline to say why; the other two couldn’t be reached for comment. Neither would County Manager Mike Wood, who said he was surprised by the resignations.

Don Steed, interim schools superintendent, is among 13 who have applied for the permanent position. The Board of Education is down to three candidates, reported John D. McAllister, chairman of the board. 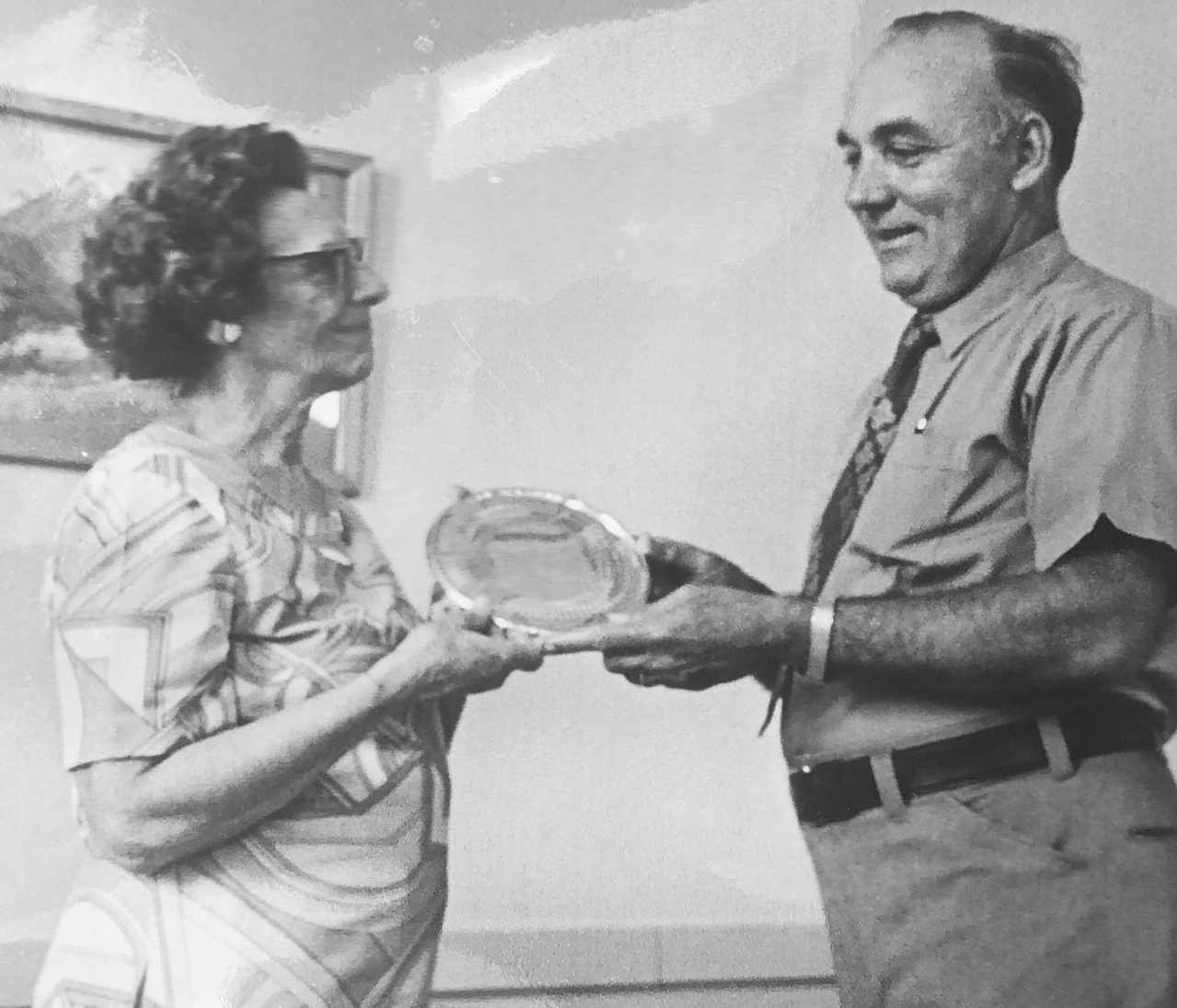