Deputies with the Hoke County Sheriff’s Office arrested a man earlier this month for possession of a stolen firearm.

Deputies with the Traffic Unit were patrolling the area of Arabia Road just after 6 p.m. May 12 when they stopped a vehicle for a traffic violation. During the stop, the offices conducted a probable cause search of the vehicle and found a stolen firearm and U.S. money.

Deputies later transported the suspect to the Hoke County Detention Center on the above charges. Little received a $40,000 secured bond. 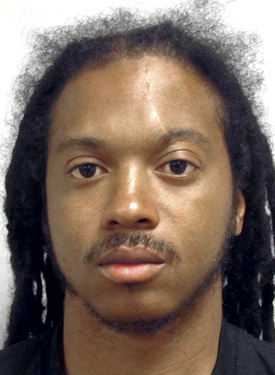