Deputies arrested John David Acevado-Alegria, 20, of the 100 block of Nevada Street in Raeford on felony charges of possession with intent to sell or deliver marijuana and maintaining a vehicle/dwelling for controlled substance, misdemeanor charges of resisting a public officer and a traffic citation of driving left of center.

Officers later transported the suspect to the Hoke County Detention Center on the above charges. He received a $3,000 secured bond. 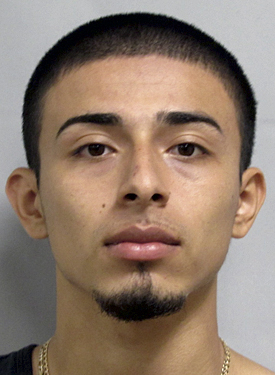