Le’tour Ardel was awake at 1:30 in the morning one day last week, thinking about the death of George Floyd and wondering what he could do to take action in Hoke County.

Out of that desire to help the community and in the wake of Floyd’s death at the hands of Minneapolis police, the “Hoke County Peacekeepers” group was born.

In four days, the idea went from concept to Facebook group with more than 1,000 members, and then grew into a march and rally in downtown Raeford attended by hundreds. Ardel and fellow organizers Jasmine McGilvary and Tyler Howard spoke with elected officials and local law enforcement, and assembled a program held on the public stage at the Hoke County Library.

Putting the emphasis on having people’s voices heard was important to the event, the organizer said.

“I want to give people a chance to actually speak and be heard, not yelling while 100 other people are yelling,” Ardel said last week.

In the days before the protest, the group applied for a permit with the city to conduct the march and rally. Both Hoke County Sheriff Hubert Peterkin and Raeford Police Chief Marc Godwin decided to join in, and walked with the group themselves.

In the midst of planning the route and setting the program schedule, the focus of the organization became clear: Hoke County Peacekeepers is meant to be about more than a single protest.

“I want this organization to be a part of the community…I want people to be able to come to us to get something done. A lot of people are afraid to speak. I want the Hoke County Peacekeepers to be not only a voice for this county and this community, but eventually be the North Carolina Peacekeepers,” Ardel said.

It can be difficult for people to feel like they can speak up about what they’ve experienced, he said. He plans for the Hoke County Peacekeepers group to become a permanent part of the Raeford and Hoke County community to help change that.

Ahead of the protest, Ardel called for the march and rally to be peaceful, and asked participants’ help to look out for anyone who were “not here to respect what’s going on.” The event remained peaceful and lasted a little over an hour.

This was the first time Ardel worked to organize a protest, but it’s not the first time he’s participated in one. He previously marched with a Black Lives Matter protest in Boston.

And, Ardel said, showing marks on his arms, he personally experienced police brutality in another county nearly 10 years ago.

“It’s a constant reminder…these marks have been on me since 2011,” he said.

While the group faced some criticism in social media comments, at the protest Friday, Ardel spoke up about why he and others have worked to bring Hoke County Peacekeepers to life.

“This is only the start of a new beginning. I want everybody to know because I’ve been seeing some nasty comments, people asking why do we need Peacekeepers, why do we need that, we’ve got local law enforcement,” Ardel said. “Well, see a lot of people aren’t comfortable talking with these guys. Not saying they’re bad people, they’re just not comfortable because of what’s been going on. So what I’m trying to do with the Hoke County Peacekeepers, I’m trying to shorten that gap. I’m trying to bring us, the community, closer to these officials and law enforcement.”

The day after the protest in Raeford, members of the Hoke County Peacekeepers also attended the public viewing for George Floyd held in Hoke County.

The group is on Facebook under the name Hoke County Peacekeepers, and has a website online at https://peacekeepers.life. 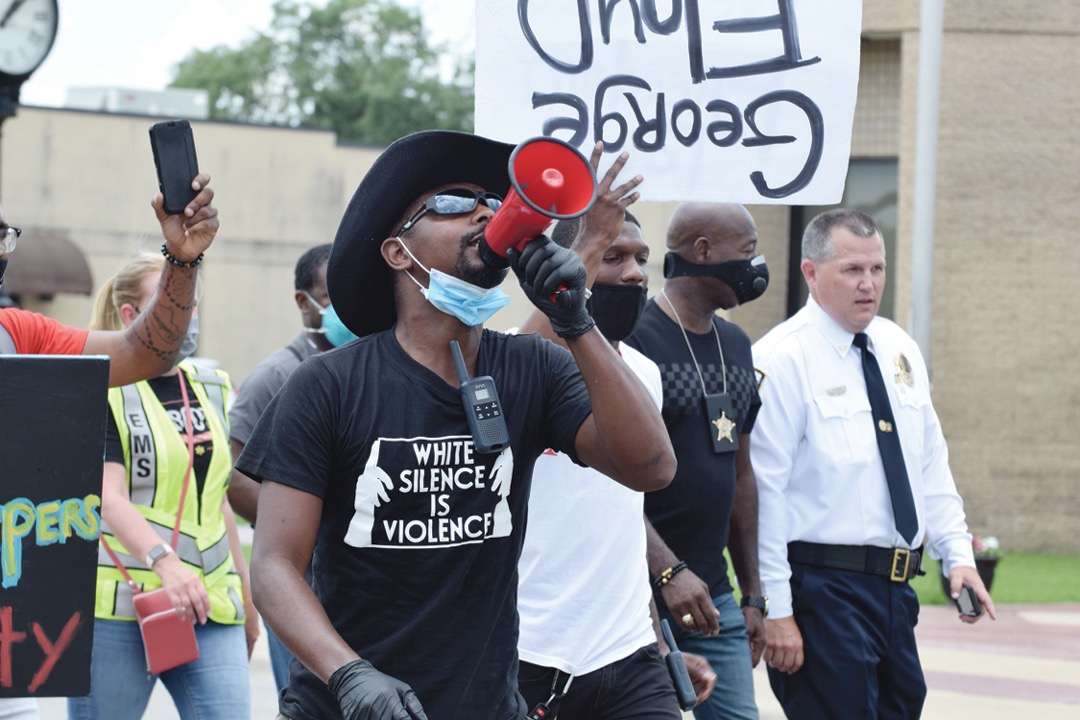