Browsing the Files: Looking back over the years

• A cement trucks pours concrete onto the ground at the site of the new Edenborough Shopping Center last week. (July 5, 1973)

The Mothers’ Club gave a play interspersed with music b y an orchestra on Wednesday evening. A full house greeted them. On Thursday evening the American Legion gave a minstrel and the folks laughed till their sides aked (sic). Friday evening the Chaminade Music Club entertained. Taken altogether, it was the best Chautauqua we have ever had in Raeford.

In an altercation near the L&S depot Jimmie D. Grace shot Arthur Morgan in the stomach with a pistol Sunday afternoon, and afterwards made his escape and has not been apprehended. Morgan is dangerously, perhaps fatally wounded.

Henry Bland, blockader, who was recently sentenced to 18 months on te Wayne county roads by Recorder Gore, and who was too rotten to be of any service and who was sent back here made his escape from the county jail a few days ago just how, we cannot explain) and carried a jug of booze he found in the hall as he went.

You had better stop at all railroad crossings before crossing with cars; if you don’t you might have to pay a fine of $10. This law went into effect July first.

We do (not) know of another cemetery that is as nicely kept as the one at Antioch. Those people respect their dead.

Raeford Furniture Co moved this week into the Walters building, where they will have more room. In the news store they will occupy both first and second floors.

Tobacco farmers in the Border Belt are beginning their rush to cure and grade the crop in preparation for the market opening on August 1. All farmers in the area are now busy curing. The supervisor of the Lumberton tobacco market says some farmers are declaring they have the best crops they have ever had, though he says this is not the general situation. He reports poundage per acre will perhaps be below last year’s bumper crop.

C.H. McGregor, principal at Candor schools for the last five years, was elected principal of the Hoke County high school this week, said K.A. MacDonald, superintendent. McGregor is a native of Scotland County and a graduate of Duke University. He, his wife and child have moved their furniture to Raeford and expect to occupy the house now occupied by Mr. And Mrs. V.R. White, when they move to Fayetteville to work in schools there.

Lt. W.E. Billy Plummer, son of Mr. and Mrs. J.H. Plummer of Raeford is among that group of the 362nd Fighter Group recently accorded the unique distinction of being awarded the Oak Leaf cluster to its Presidential Unit Citation. In 15 months of combat in Europe, Lt. Pummer completed a total of 78 missions over Germany. He was with the group on March 16 when 175 Thunderbolts flew 44 missions to destroy or damage 420 German military transports, seven armored vehicle and tanks, 11 locomotives and 192 railroad cars, several gun emplacements, and rendered 14 roads or railroads ineffective. He is a graduate of Hoke High School.

The county cannery will be open for processing foodstuffs for the public each Tuesday and Friday, according to W.P. Phillips, vocational teacher at the high school who is operating the plant this summer. Charges for processing are 3 cents per pint or 4 cents per quart. Foodstuffs should be ready for processing when brought to the plant, or owners should bring sufficient help for preparing the food.

All children 12 years old or younger who are purchasers of War Bonds or in whose names bonds have been bought during the 7th War Loan Campaign—which ends Saturday—are urged to be present at Hoke High School at 10 o’clock Thursday when a picture of the group will be made. A story of these sales land a picture will be used in The News-Journal and then sent to the Treasury Department for use in promotion of these sales in the 8th War Loan drive to be held this fall.

”Out of Gas,” “No Regular,” “No Gas” are messages appearing on cardboard signs at service stations around Hoke County. Ten out of 14 stations checked were or had been out of gas. The situation also applies to distributors, such as Raeford Oil, which ran out of all grades of gasoline Thursday, said Randall Ash burn, manager. Clyde Teal of Teal Oil said, “We still have some gasoline but our supply is low. We do expect enough for our own accounts and farmers. All Texaco stations have gasoline.”

At a special meeting Thursday on the upcoming budget, county commissioners approved $300,000 in revenue sharing funds for a new County Office Building. A site for the new building will replace the current facility on Elwood Avenue. The land committee was authorized to hire an architect and proceed with plans to build. A site for the new building has not been selected, though under consideration is a portion of land recently purchased for the new Board of Education Building.

From an editorial: “The city knocked the ‘acting’ from Leonard (Zeke) Wiggins’ title last week and our hometown man is now Raeford’s police chief. Strikes us as a fine idea.

Zeke certainly exhibited the virtues of loyalty and dedication during the Police Department crisis in March when he was being pressured to join others as they walked off the job without concern for the protection of townspeople.

Wiggins picked up the pieces and has put together a good department.”

Henry Hostetler defeated a Maxton youth to take the championship for boys 16 and under in the Tartan Tennis Association tournament in Maxton. Hostetler, a freshman at Hoke High School, set a record with 17 wins for the year.

Is air pollution triggering a new ice age? Even in a hot summer, the question worries scientists. They point out winters have been getting colder for the last 30 years, and only an annual drop in temperature from 6 degrees would be enough to touch off a new ice age.

The Hoke Board of Commissioners unanimously approved a motion to enter into a five-year lease purchase agreement to acquire a new enhanced-911 system. The board also approved using nearly $300,000 from the county’s dwindling fund balance to fund overdrawn departments.

Hoke High School agreed to a voluntary plan with 14 improvements to better include Black and Indian students.  The U.S. Department of Education investigated the school after a complaint by a teacher.

McDonalds is building next to Burger King in Raeford. 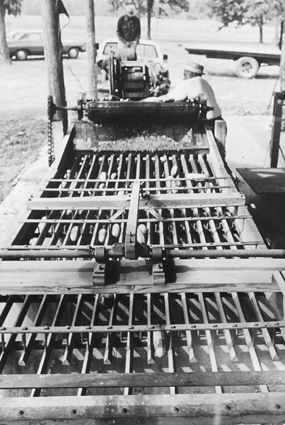 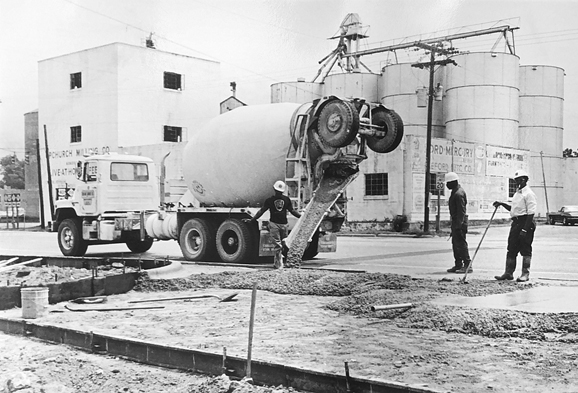