Main Street blocked into at least next week

What was supposed to be a two-week closure of Main Street near Unilever has stretched to nearly a month, and will continue at least into next week. City Manager Dennis Baxley told Raeford City Council at a meeting this morning that crews were making good progress on installing a large culvert under the road until Hurricane Isaias came along. Though the storm didn’t cause any damage in Hoke County, it is responsible for a delay in repaving the road. “So next week?” asked Councilman John Jordan, who said he’d had lots of questions about the reopening. “I hope—I’ve been ‘next-weeked’ to death,” Baxley said. “Sometime,” he said. “Sometime before the project is over they’ll have it paved.”

Both the City and Hoke County, meanwhile, are coping challenges to dispose of citizens’ yard debris. In next week’s issue of The News-Journal we’ll have more information. 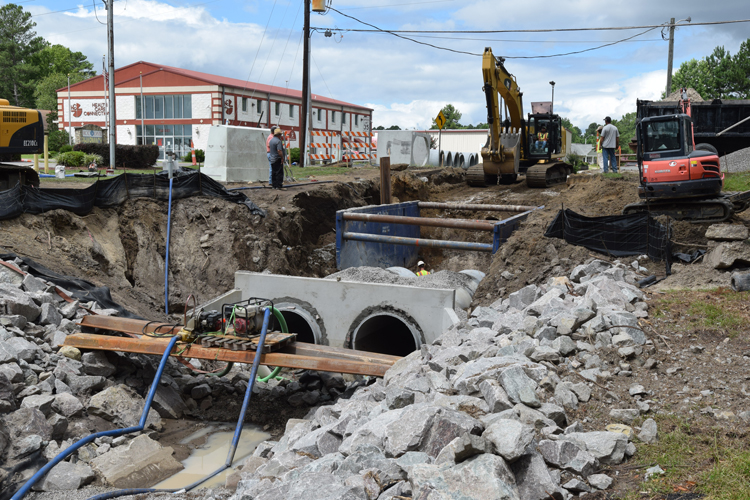