Hoke County is under a tornado watch and a flash flood watch as the remnants of Tropical Cyclone Sally move across North Carolina.

The tornado watch is in effect for Hoke County until 11 p.m. Thursday, September 17 . The National Weather Service in Raleigh issued the warning at 3:05 p.m. Thursday for Hoke, Cumberland, Robeson, Scotland, Sampson and and multiple other counties in the region.

Hoke County is also under a flash flood watch until Friday afternoon. The National Weather Service in Raleigh issued at 2:51 p.m. Thursday for much of the central and eastern areas of the state.

From the National Weather Service: 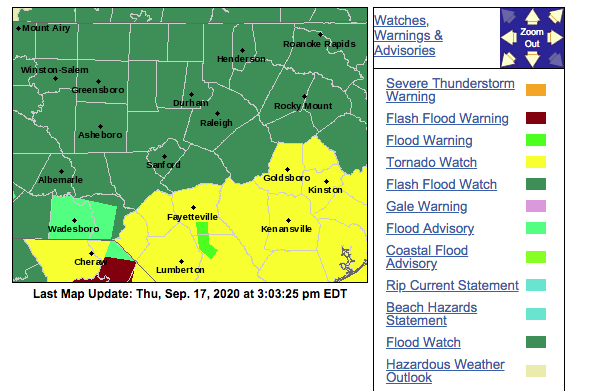