Hoke County Schools Superintendent Dr. Freddie Williamson will be leaving his position of 15 years to take the helm at Public Schools of Robeson County.

Williamson said he plans to ask the Hoke Board of Education to release him Friday, December 18 so he can start working with Robeson in January.

“I have had a great working relationship with our Board of Education members. I am so thankful that over the last 15 years they have been so supportive of the work,” Williamson wrote in an email Tuesday.

The superintendent said he chose to pursue the position with Robeson County because after 15 years of service in the same district, “it is time for a new set of challenges.”

Williamson added that the Hoke County Board of Commissioners has been “a wonderful partner” in providing funding and support.

When asked about how the school system made gains in education over the last decade and a half, the superintendent said it was based on teamwork.

“Over the years we have improved so much, not because of one individual, because of our ‘One Team – One Goal’ belief and actions. In every building, every department, every classroom, local government the only focus has been providing a quality education for all students,” he wrote.

Hoke Board of Education Chairwoman Irish Pickett said Williamson has done an “outstanding” job, and made many contributions that helped move the school district forward.

“I’m proud for him. He has served us for 10 years or more, and it was his vision to do as much as he could to move Hoke County forward, and this is what he has done. And now I think it’s time for him to move on to advance his career in other areas and do what he can for other systems,” Pickett said.

School board member Barbara Buie said that Williamson spoke with board members privately following last week’s meeting to let them know he might be leaving, but they “found out when the rest of the world found out” when the decision came Monday night.

“I think we’re all saddened that he’s leaving, but he has done a super job in Hoke County,” she said.

“We want to see people progress, we want to see them move on, that’s the sweet part. The bitter part is we’re going to miss him,” she said.

At the time Hoke County Schools hired Williamson, the school system was facing a multitude of challenges, McAllister-McRae recalled.

Pickett said she spoke with Williamson Tuesday morning about the transition, but the school board members had not yet had a chance to speak about beginning the hiring process to select a new superintendent. Pickett said she would like to reach out to the board’s legal counsel for guidance in taking the next steps.

Buie said that when that process begins, the school system will need to publicize the position and take applications, then “take a close look” at the applicants who apply – which could potentially include some candidates who already are familiar with, and work for the school system.

“My opinion is that one of them could step in while we catch our breath,” she said.

Under Williamson’s leadership as Hoke County Schools Superintendent, the graduation rate increased and student test scores improved. The county built multiple new schools, including Don Steed Elementary and the solar and geothermal energy-powered Sandy Grove Middle School, and recently received $10 million in grant funding to build a SandHoke School of Engineering. The school system rolled out a one-to-one initiative to place iPads and Chromebooks in the hands of all its students, which helped the transition to online learning during the COVID-19 pandemic in spring 2020.

In 2018, Williamson sought a job as superintendent with the Marlboro County Board of Education in South Carolina, but that school system chose a different candidate for the position. 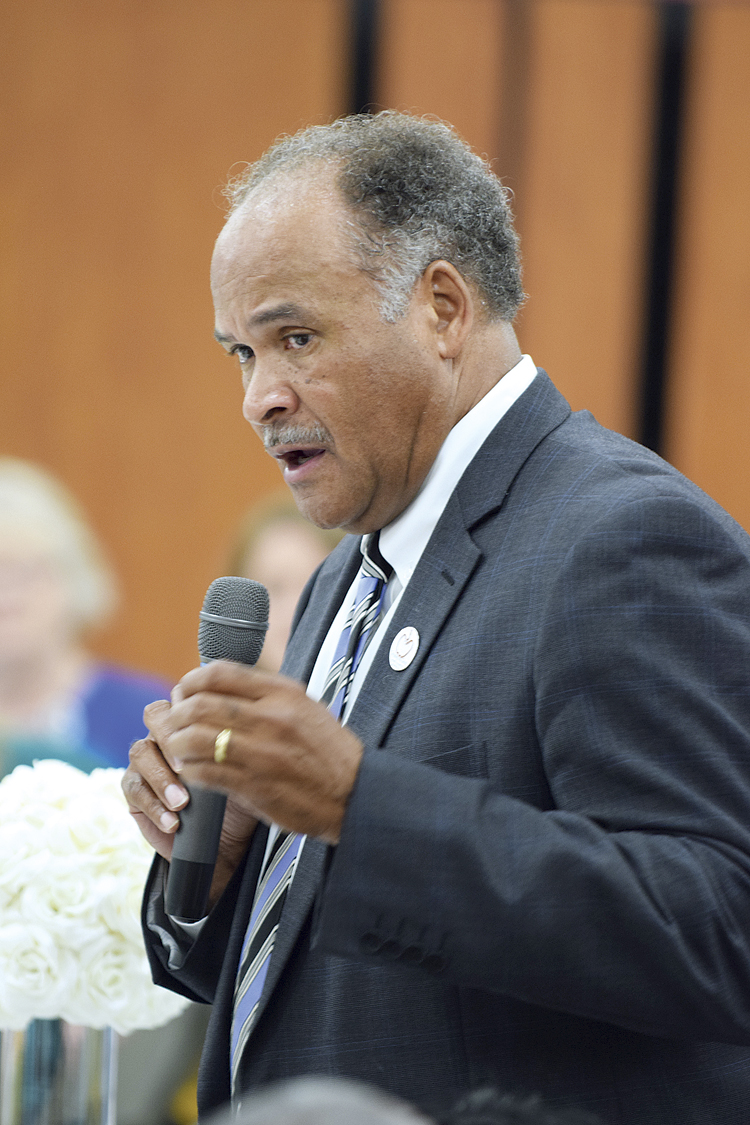 Previous Post75 years ago, an award for an aviator who had to jump into the English ChannelNext PostCanvass doesn’t change election results here