Accident in East Hoke kills one, others injured

Home News Accident in East Hoke kills one, others injured
News
December 12, 2020December 12, 2020
0 0
[Photo by Ed Clemente]
One person died and others were injured in an accident Saturday on Club Pond Road, according to a source who was at the scene.
The accident near East Hoke Middle School involved an SUV and another vehicle. One person was pronounced dead at the scene. Occupants of the SUV were reportedly ejected from the vehicle, and the driver of the other car involved was also injured.
First responders at the scene called for a helicopter, which transported at least one person to a hospital.
Further information is still pending. 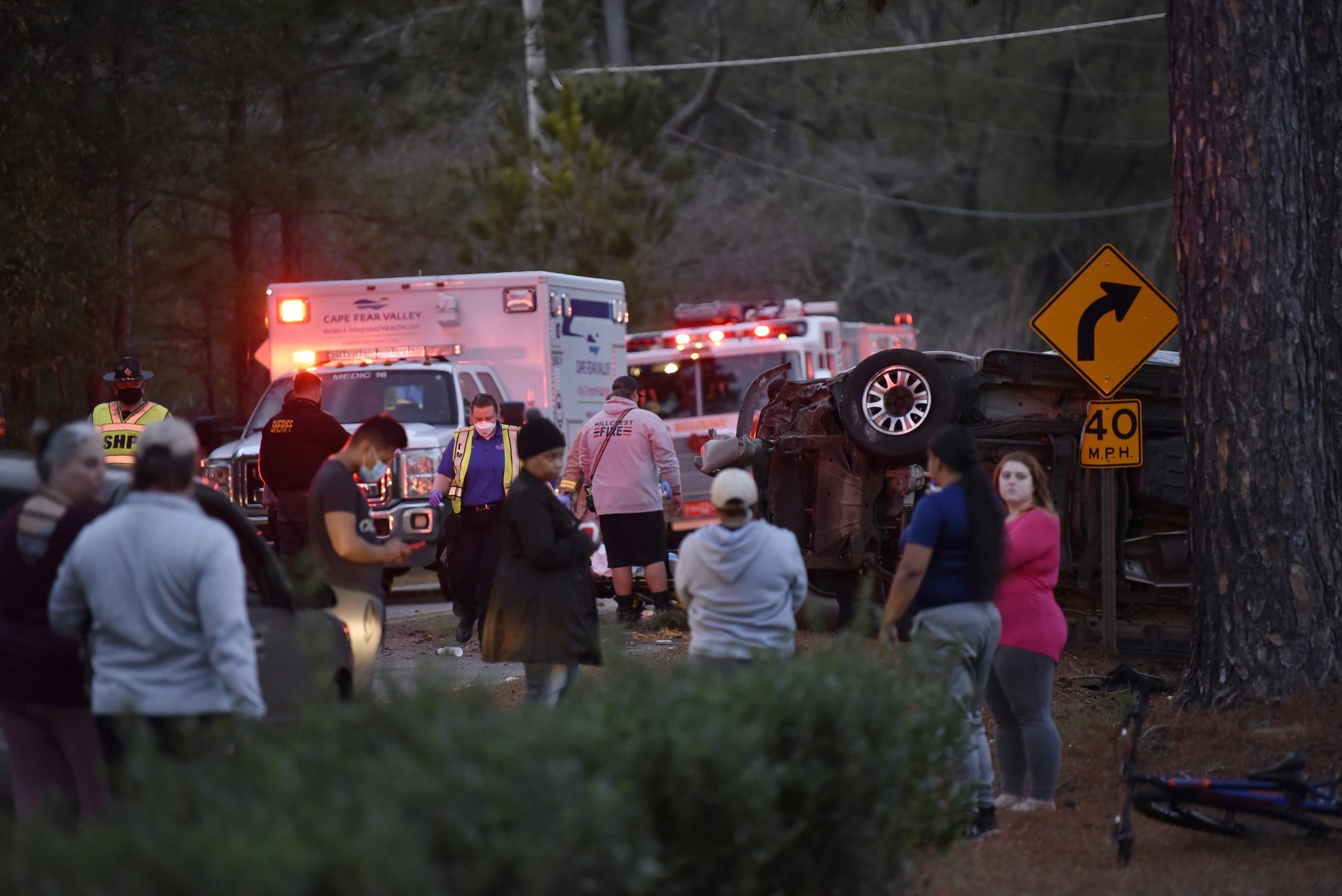