Investigators with the Hoke County Sheriff’s Office are asking the public’s help to find a suspect who reportedly fired gunshots at a deputy early Sunday.

Authorities are seeking Cortevin Jaquan Shaw, 29, of the 600 block of Alex Baker Road. Shaw is wanted on charges of attempted first-degree murder, assaulting a law enforcement officer with a firearm, and resisting, delaying or obstructing a public officer.

Deputies who were attempting to serve warrants on Shaw said that the suspect jumped from a vehicle and ran.

Law enforcement is seeking to arrest Shaw on the listed charges. Anyone who knows his whereabouts is asked to call 911, or the Hoke County Sheriff’s Office at (910) 875-5111.

“Please do not attempt to approach Cortevin Shaw. He is considered to be armed and dangerous,” the sheriff’s office said in a statement.

The incident happened around 2:11 a.m. December 20, on the 600 block of Mockingbird Hill Road. 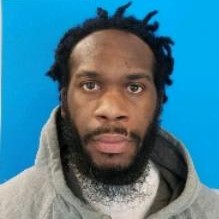