Detectives with the Hoke County Sheriff’s Office are searching for a suspect wanted in connection with a fatal shooting that happened this weekend.

Deputies responded to the 100 block of Seagull Drive in the North Raeford Mobile Home Park just after 8 p.m. Sunday, and reportedly found Davion McQueen suffering from a gunshot wound. Although emergency responders transported McQueen to Cape Fear Valley Hospital in Fayetteville, McQueen died of his injuries.

Anyone with information about the case is asked to contact the Hoke County Sheriff’s Office at (910) 875-5111. 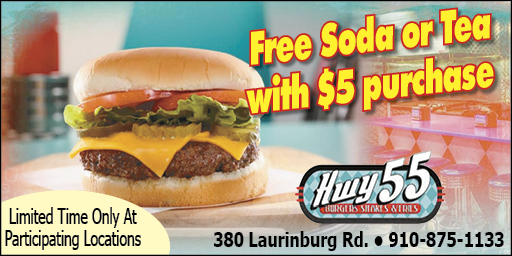 Updated: June 9, 2021 COVID-19 vaccine providers in Hoke County are offering the vaccine at no cost to anyone age...