By Catharin Shepard • Staff writer • The Hoke County Board of Commissioners’ budget for 2021-2022 will include funding to cover a starting salary of $41,127 for newly hired sheriff’s deputies, and a 15 percent pay increase for deputies already working for the department.

“What I was saying was, at the end of the process I think you’re going to love us,” Thomas said, referencing statements from a called meeting two weeks prior. “What we did was, the county manager put all the budgets together. And what I said was, we don’t know, we might be able to give you more than you were asking for. When all the budgets came together, the money was there.”

Peterkin thanked the commissioners for their support, and noted that with word of the pay increase getting around, the department is starting to get phone calls from deputies in other counties who are now interested in working in Hoke. The higher salary should help the county stay competitive in hiring and retaining qualified law enforcement officers, the sheriff said. 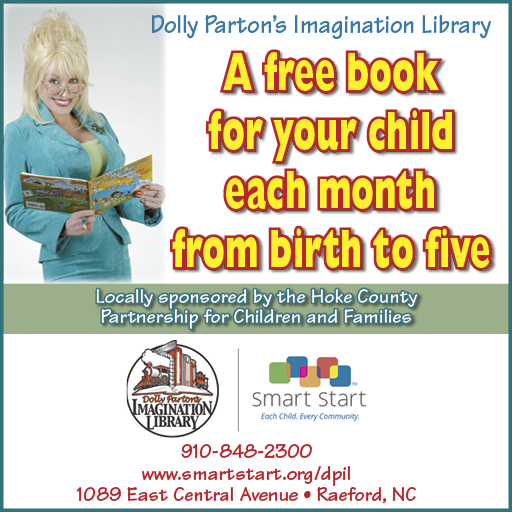 His staff members at the sheriff’s office were waiting to hear how the budget workshop went.

“It’s going to feel good to go over there and tell them,” Peterkin said of the board’s decision.

Peterkin and department staff also discussed several programs and grants the office and detention center are working on.

One partnership with physician Dr. Karen Smith, the Tia Hart Community Recovery Center and the Hoke Reentry Council is meant to help inmates recover from drug addiction as they prepare to leave incarceration and rejoin society. The program works to assist in not only connecting them with treatment, but also easing their transition into home life and the workforce.

The local reentry council is making a big effort to help people as they leave prison, and the grant funding will assist in doing that, Peterkin said.

The commissioners also met with multiple other county agencies and service departments last week during the three-day budget workshops.

The school system requested the same amount of local funding as it did last year. The schools asked for a $600 local contribution per student, amounting to $5.7 million for current expenses, and $1.2 million in capital outlay funds.

The capital outlay funds will go toward repairs and maintenance work at a number of local schools. Several school buildings including at Hawk Eye Elementary, Scurlock Elementary and West Hoke Elementary will receive roof repairs or new roofs.

The superintendent briefly discussed long-term facility needs. Besides plans to build a new SandHoke School of Engineering for high school students, the school system is running low on space at its elementary schools. There isn’t room to add more pre-K classrooms, and with mandated lower class sizes in some elementary grades, at least one elementary school will add a trailer as an exterior classroom.

In other hearings during the workshop sessions, Hoke Senior Services Director Mary Hollingsworth reported on the programs the department offers. Over the last year, the department has provided more than 50,000 meals to seniors in Hoke County through local funding, CARES Act funding and community block grant funding.

The department plans to use more funding to upgrade the senior room at the old Armory building on East Central Avenue with an outdoor patio. The patio will feature activities such as bocce ball and shuffleboard, both activities seniors compete in for the Senior Games.

The board briefly discussed the possibility of no longer renting out the senior room for outside events on weekends. With the Robert Wright Agriculture Building now available for rent, the senior room could be set aside only for senior citizens’ use. However, some board members raised concerns about removing the room from availability. The commissioners didn’t make a decision on the matter during the workshop, and could discuss it again in the future.

County Manager Letitia Edens praised Hollingsworth and her department for their hard work during the pandemic.

“I know COVID hasn’t been easy, but you’ve managed it well,” she said.

The commissioners concluded budget workshops Wednesday, and will review a proposed budget ordinance at an upcoming meeting this month.

Updated: June 9, 2021 COVID-19 vaccine providers in Hoke County are offering the vaccine at no cost to anyone age...