By Catharin Shepard • Staff writer • Residents of the eastern and western areas of the county raised questions Monday about whether Hoke has the infrastructure to support continued subdivision growth – and whether it should – as commissioners faced a large agenda of plat requests and amendments at their first meeting of the month.

By the end of the two-and-a-half-hour meeting, the board members had tabled two subdivision requests and approved six others. The commission also approved three other planning requests and tabled one, following public hearings.

A crowd of residents from the Rockfish and Five Points communities attended the board meeting to voice their thoughts on the growth in the county, and concerns about its effects on the school system, law enforcement, traffic safety and fire safety, as well as quality of life issues such as internet access and preserving the character of rural/agricultural communities. 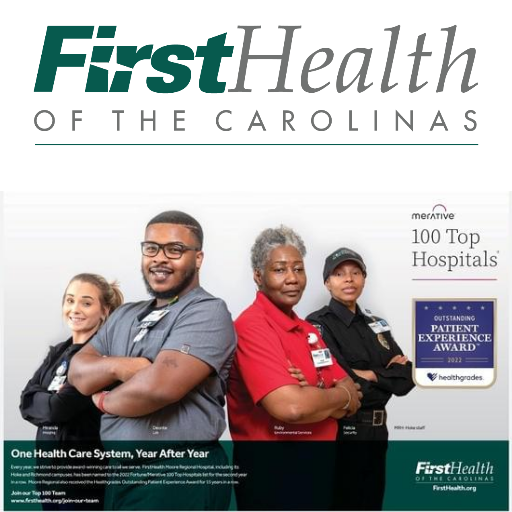 Ken Gregory of the Rockfish Community Chamber of Commerce, and Hoke residents David Frump, Ellen Bradford, Robin Bush and Mike King were among the people who addressed the commissioners at length during public hearings for the subdivision requests.

After discussion and hearing from speakers, the commissioners ended up tabling two preliminary plat approval requests submitted by Double D Engineering. The developer plans to build a 64-lot major subdivision named Carolina Crossing located on a 40-acre parcel at 1685 North Horace Walters Road, and a 67-lot major subdivision named Walters Meadow located on a 44-acre parcel of land located at 2496 Horace Walters Road. Five Points residents debated the subdivision and how it would affect existing homeowners, the horse farms in the area and the overall agricultural setting.

Commission Chairman Harry Southerland said he felt he didn’t have enough information to make a decision about the requests, particularly concerning possible fire safety issues. The board voted unanimously to table the matter until the next time commissioners consider planning matters, which will be at the first meeting in August.

Residents on both sides of the county said they were worried that the county’s schools are crowded and adding more houses will only increase the student population, without increasing the number of schools for those children to attend.

“That area there is just getting overly done with housing…you’ve got Rockfish Hoke (Elementary School) which, that is going to affect Rockfish Hoke. That sucker is crowded to the max,” Gregory said, speaking of developments in eastern Hoke. “I’ve had parents talk to me and tell me, are they going to put another school down here? The east side of Hoke County is so jam packed full of houses.”

Gregory also echoed concerns over heavy traffic already causing issues on roads in the Rockfish area. While the state Department of Transportation has some projects on the books to make improvements in the area, it could be several years before that happens, he said.

“We’re going to put extra traffic down there and as a fireman, I’m tired of going to accidents,” he said.

Five Points residents complained of existing low water pressure that they fear might be made worse by adding more houses onto the system. Speakers also raised concerns of a potential fire hazard, should firefighters not be able to access enough water in a timely manner to be able to put out fires. Traffic congestion and speeding in the area, particularly by livestock trucks passing through, and lack of internet access were also concerns brought up.

David Upchurch, representing Double D Engineering contested the residents’ claims of low water pressure. A nearby water tank keeps the static water pressure in the area at a steady PSI, he said. And, the developer is in talks with an internet provider to bring better internet access to the area as part of the planned development, which he said would also benefit existing residents.

Frump, one of the speakers, raised concerns that if the water pressure does drop, it could result in insurance rates going up due to impact to local fire departments’ fire ratings. Overall, the infrastructure in the area doesn’t support the kind of growth proposed by the developer, he said.

“The infrastructure does not support it. The traffic already is horrendous on Horace Walters Road,” he said.

One resident invited the commissioners to come out to see what the traffic is like for themselves.

“Maybe just take a ride out there and check it out,” she said.

Commission Vice Chairman Allen Thomas said that he is familiar with the area: he hunts off of property in Five Points. Thomas said at one point that he might vote to deny the subdivision. He addressed the speakers and said the board did hear what they were saying in bringing the problems before commissioners.

County staff pointed out that the commission is acting in an administrative role when considering subdivision requests, and they must go by a set of standards when deciding whether to approve or deny a request.

The board approved other subdivision matters including:

A preliminary plat amendment request submitted by 4D Site Solutions for a 166-lot major subdivision located on a 44-acre parcel of land in the area of the FirstHealth Hoke Hospital campus, on the Williams family Conditional Use District. The board previously approved this subdivision at a planned 131 lots; the developer lowered the lot size and was able to add more lots to the subdivision.

The commissioners also approved a preliminary plat approval request submitted by Moorman, Kizer & Reitzel for a 117-lot Phase 5 addition to the Bedford subdivision, on a 55-acre unaddressed parcel of land. However, the approval came after the board members heard from multiple residents of the existing phases of the Bedford subdivision about issues they expressed.

The residents noted a myriad of problems, including difficulties with the Homeowner’s Association, traffic and safety concerns due to the single driveway for the entire subdivision and frustrations over the concept of it being a “gated” community, although there isn’t a full barrier to stop pedestrians from walking into the neighborhood.

Thomas addressed the concerns saying that those matters have to be dealt with through the developer as the county does not have the authority to do so. However, he added, the complaints concerning the subdivision are something he’ll remember in the future should the developer bring other requests before the board.

“If these folks were promised a gated community, they need to have a gated community. And I say that because at some point these builders may come to this board and I know the attorney’s sweating, I’m going to speak personally, they may come to this board to ask for a rezoning on another property wanting to continue to build. I won’t forget all these voters who came here who said they were promised one thing and didn’t get it,” Thomas said.

The board also approved other planning matters:

Application for General Use Rezoning submitted by Ralph Huff to rezone unaddressed parcels of land, including a 93.66-acre parcel and a 23.86-acre parcel, from Residential Agricultural (RA-20) to Residential (R-8).

Application for General Use Rezoning submitted by Ralph Huff to rezone an unaddressed 69.72-acre parcel of land from Residential Agricultural (RA-20) to Residential (R-8).

Application for Conditional Use Permit submitted by Janice Locklear for use of a restaurant on a one-acre parcel of land located at 187 North Hilltop Road. The business was operating out of compliance, but the owner is working with the county and state to bring the business into compliance, county officials said.

The board tabled one planning matter, an application for General Use Rezoning submitted by J&K Contractors to rezone an approximately 6.25-acre unaddressed parcel of land from Residential Agricultural (RA-20) to Highway Commercial (HC). The board tabled the matter because no one appeared to represent the applicant.

Commissioner Tony Hunt was absent from the meeting. The board voted with a four-member quourum.