The two-year budget includes two payments of over $15 million each year to Hoke County for the project, according to State Rep. Garland Pierce.

Pierce and Hoke’s State Sen. Ben Clark III, both Democrats, voted for the budget. The local lawmakers were part of the negotiations that took several months to work out on both sides of the aisle. The Hoke County Board of Commissioners spoke with the two legislators about the importance of the courthouse project to get the item included in the state budget, the elected officials said.

The county commissioners already moved forward earlier this year with the process of selecting companies to work with the county on designing and building a new courthouse facility, and also a new county administrative building. 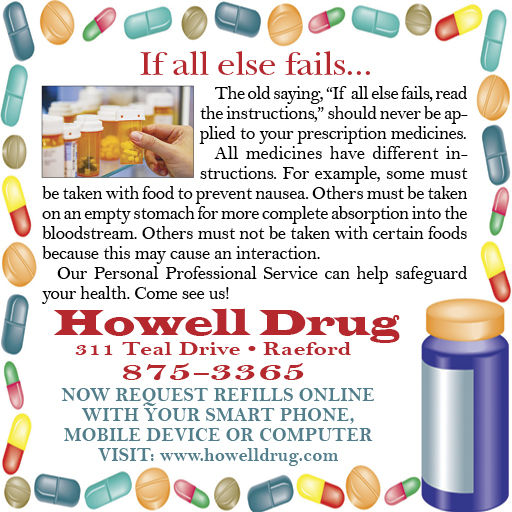 After following a selection process that included hearing presentations from multiple prospects, the commissioners voted in September to hire a team including Metcon, J&K Contractors and Silling Architects to design and build the new courthouse. The new county administration building project went to a collaboration of HH Architecture and MSquare Construction.

Based on previous discussions and design proposals, the board plans to place the new courthouse and administration building on the empty lot in downtown Raeford, across the street from the historic county courthouse.

After selecting the design and construction companies, the county put the projects on hold to wait for news of whether the state would pass the budget containing the $31 million in funding.

Hoke wasn’t the only county to receive infrastructure money. Multiple other counties in North Carolina also got millions of dollars from the state for new courthouses or similar public facilities.

The commissioners have been working on plans for a new courthouse since 2019, when problems with the historic, century-old Hoke County Courthouse became apparent. Multiple inspections revealed issues with the facility showing its age. Senior Resident Superior Court Judge James M. Webb ordered the county to build a new courthouse after seeing a grand jury report on the facility’s shortcomings.

Lack of adequate space for court proceedings and offices was one of the biggest issues, along with concerns like water damage, a lack of sufficient electrical outlets, more seats in the main courthouse than allowed under its fire safety maximum capacity limit and more.

The county board at the time took action to make maintenance repairs to address some of the problems, but formed a committee of local lawyers, elected officials and law enforcement members to study building a new courthouse.

North Carolina has not had a state budget since the 2018-2019 fiscal year.

The state budget included many other infrastructure items, and increases in pay for many state employees.

Clark said in a press release Monday that the passing of the state budget “was historic and exceptionally favorable for Hoke County.”

The budget established a policy provision that at least one district court judge serving in Hoke County, must live in Hoke County. In addition, it added Fayetteville State University to the list of state universities where students can participate in the N.C. Promise program, which limits student tuition to $500 per semester.

“This budget is the product of a strong bipartisan effort. I commend my fellow delegation member Rep. Garland Pierce and fellow State Senator Danny Britt for their efforts in working with me to secure this outcome for the citizens of Hoke County,” Clark said in a statement.

Pierce said working together with both Republicans and Democrats to make the budget come together was an important effort.

“After carefully weighing the good and the bad, I voted yes on this budget. While far from perfect, it is a bipartisan budget that provides critical relief for families and businesses,” Pierce said in a statement.

Britt also commented on the passing of the budget, saying he was glad to have worked on it to help support Hoke County.

A press release from Pierce’s office noted some of the major items included in the two-year budget: $1 billion for broadband internet expansion across North Carolina, a five percent pay raise for most state employees, an average five percent pay raise for teachers over the biennium, a two percent bonus to retirees this fiscal year and three percent next fiscal year, a $2,800 bonus to most teachers using the American Rescue Plan federal funds, bonuses for all state employees using ARP funds and $100 million for a new state-funded teacher salary supplement for 95 counties to boost teacher pay.

The budget also included $1,500 for state employees earning less than $75,000 and for law enforcement, correctional officers and 24-hour residential or treatment facility employees. It increased the child tax deduction by $500 per child, and increases to $25,500 the tax bracket of people who would not pay state income taxes. Provisions additionally included major investments in universities, including historically Black colleges and universities (HBCUs).

The elimination of state tax on military pensions was a big plus for veterans, and could particularly help many Hoke County military-connected families, Pierce said.

Pierce, a Democrat from Wagram who also represents Scotland County, noted that the budget included items he didn’t agree with such as the elimination of corporate income tax and a lack of fully funding the schools to comply with the Leandro decision.

“Sadly, it also does not include Medicaid Expansion costing the state billions of dollars in federal funding, thousands of health care jobs, lower health care costs for those with health insurance, and, most importantly, people will die or lead less healthy lives because of lack of health care access,” Pierce’s office said in a press statement.

Looking to the future, Pierce said Tuesday that he hoped to speak with Hoke County education leaders about potentially seeking state funding to help with building a new county high school in the future.

“There’s definitely a need for a new high school,” he said Tuesday.