Sen. Ben Clark and Owens’ loved ones surprised her with the presentation at church Sunday. The Hoke County Board of Commissioners also honored Owens with a resolution celebrating her many contributions to the church and community.

Owens earned a master’s degree in educational administration from Fayetteville State University among many other opportunities she pursued to expand her education. She “has spent her entire life dedicated to education,” the resolution said.

Owens has received many more recognitions and accolades for her leadership in education, including North Carolina’s Principal of the Year for Alternative Education, Assistant Principal of the Year for Cumberland County Schools and recognition as one of the 2011’s Cape Fear Profiles for her work with at-risk students. She has served on several boards, including the Governor’s Program of Excellence for N.C. schools and the Governor’s Local Juvenile Crime Task Force.

She received the Presidential Award and was recognized by the White House during the term of President Bill Clinton.

“Reverend Mary Owens is dedicated to service of her church. She organized their first Vacation Bible School and has long served as their Christian Education Director,” the resolution in her honor said.

She is the only long-term member of Mount Pisgah who began serving as a teenager, and in all those years has not had a break in service to the church, the resolution stated. Family said she has served with the church for 52 years.

Owens is married to her husband Robert Owens Sr. The couple have children and grandchildren. 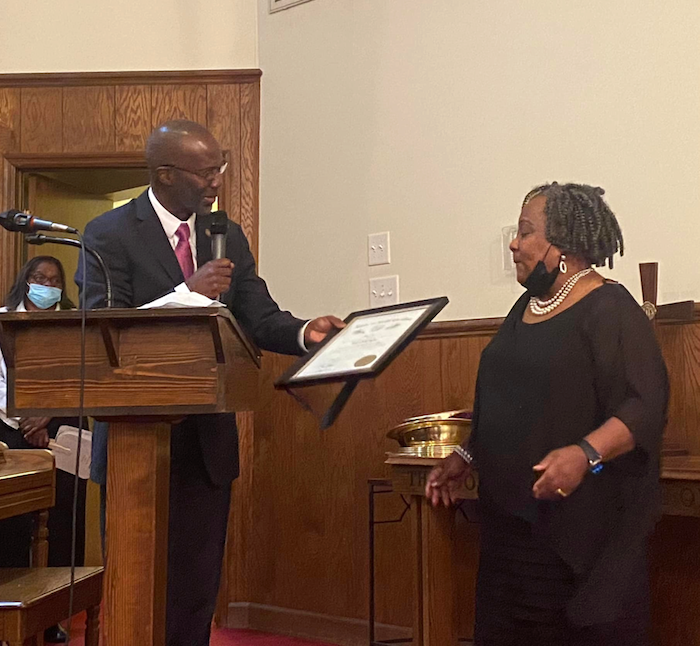