By Catharin Shepard • Staff writer • After a ruling from the North Carolina Supreme Court, any business operating prohibited sweepstakes machines in Hoke County or elsewhere in the state can face prosecution.

The Supreme Court of North Carolina ruled February 11 in the case of Gift Surplus, LLC v. State of North Carolina, N.C., that “any video sweepstakes system operated in North Carolina that is predominated by chance and offers prizes, such as the ability to win cash or other things of value, is illegal,” the sheriff’s office said Tuesday in a press statement.

Virgil said in a statement that officers hand delivered closure notices to the owners of sweepstakes establishments in Hoke County. The notices, delivered February 11, gave 30 days from that date to “cease operating and complete removal of all illegal machines and equipment from their premises,” the sheriff’s office said. 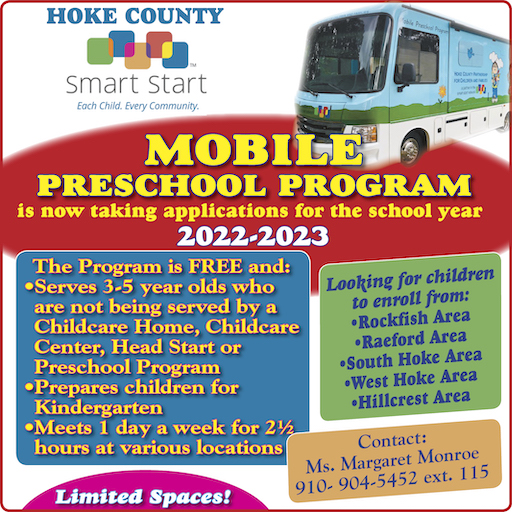 “You are hereby notified that any person or entity who operates any sweepstakes business, internet café, casino, or any other establishment or premises in which the above-mentioned games are played/stored must cease and desist operation of such sweepstakes in compliance with North Carolina law,” the notice from the sheriff’s office stated.

Virgil noted that the order is now “effective immediately.”

“All gambling establishments should be closed and not operational,” the agency said in a press release. If a business fails to comply, those involved will face prosecution for violating state law.

The shutdown includes prohibited sweepstakes games such as: video poker or any other kind of video playing card game, video bingo game, video craps game, video keno game, video lotto game, eight liner, Pot-o-Gold, or any other video game based on or involving random or chance matching of different pictures, words, number, or symbols not dependent on the skill or dexterity of the player, and any other video game not dependent on skill or dexterity that is played while revealing a prize as the result of an entry into a sweepstakes.

Other, similar sweepstakes games not specifically listed but that fall under the court ruling, are also prohibited.

The Hoke County Sheriff’s Office and Raeford Police Department have repeatedly shut down and seized hundreds, if not thousands of sweepstakes machines from local gaming parlors over the past decades. Due to court appeals, law enforcement agencies have had varying windows of opportunity to act – before a different court decision swung the matter back in favor of the sweepstakes operators.

Over the past years a number of residents from many areas of the county, including Rockfish, Raeford and East Hoke in general, have appeared before the county commissioners to speak out against the sweepstakes businesses. Opponents of the businesses raised concerns about attracting crime to their neighborhoods. Two sweepstakes operators were shot and killed in Hoke County during apparent robbery attempts.