Jessica Hendrix Brown, who along with her husband Taylor Brown owns The News-Journal, was recently named one of the Fayetteville Observer’s “40 under 40” recognizing her as an influential young person in the Cape Fear region.

Brown, 33, was born and raised in Raeford. She owns Brown Publishing which publishes The News-Journal, and writes a column and sports for the newspaper. She works for Hoke County Schools managing federal and state Career and Technical Education budgets. She is the daughter of Karl and Wendy Hendrix and the granddaughter of Janet Hendrix.

Brown is also affiliated with the Hoke County CTE Advisory Board, the NCACTE and the North Carolina Press Association. She graduated from Hoke County High School and attended FTCC and UNC-Pembroke before leaving to pursue her career.

Brown was honored for her work with her weather, news and community outreach group on Facebook called Hoke County Weather and More. 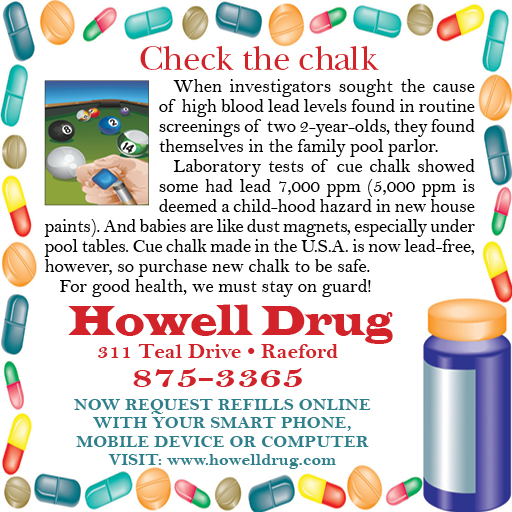 “My guiding principles are integrity, honesty and courage. I know that my community needs young leadership that demonstrates unfailing integrity, and has the courage to stand up for what is right,” she said in her “40 Under 40” profile.

Her hobbies include gardening, candle-making, spending time with family and blogging about the weather.

Before turning 40, Brown said she hopes to have expanded Brown Publishing and maintained a thriving newspaper.