By Catharin Shepard • Staff writer • For more than 40 years pet lovers in Hoke County have brought their four-legged friends to Raeford Animal Clinic for care, but the longtime staple of the community will close its doors this week.

A letter to customers from clinic founder Dr. Russell Tate Sr. and his son, administrator Russell Tate Jr., explained that the practice is shutting down.

“After providing over 40 years to Hoke and surrounding counties with veterinary service it saddens me to inform you that we will be closing our doors for good on Thursday, July 22, 2021,” the letter, posted on the clinic’s website stated.

“Thousands of clients and a couple of generations – your patronage has been a blessing and it has been a sincere privilege to have served you.” 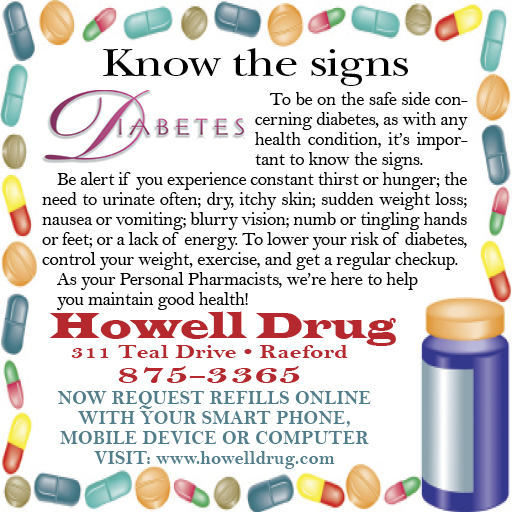 When Tate opened the practice in the late 1970s, Raeford welcomed the veterinarian to town in style. A group of women in the city held an open house for him, his son recalled.

Opening the practice was something the veterinarian cared about a great deal.

“His purpose was, and I’ve always been proud of it, the folks in Hoke County need proper licensed medical care,” Tate Jr. said. “He cared, and we care so much about the clients and so much about the patients.”

However, the clinic has run into a problem that veterinarian offices across the country are grappling with, too: finding and keeping licensed veterinarians. The practice can’t operate without one. The job market is hot in the area of veterinary medicine, the adminstrator said, and many veterinarians prefer to go to larger cities.

The pandemic may have helped create an even higher demand for licensed veterinarians than usual. As many as one in five American households brought home a new dog or cat over the last year, according to a nationwide survey from the American Society for the Prevention of Cruelty to Animals (ASPCA).

With people seeking vet care for newly adopted pandemic pups and cats, there has been a widely reported surge in demand at veterinarian practices across the country, adding to the strain on the job market. But even before the pandemic there were concerns about a possible shortage of veterinarians, particularly in more rural areas, according to the American Veterinary Medical Association (AVMA).

Raeford Animal Clinic was one of several practices in the Sandhills that Tate opened himself or with another veterinarian. While the others have changed hands, the clinic in Raeford has not been sold to a new owner.

Clients will need to find another veterinary office to provide for their pet’s healthcare needs. The practice’s clients received instructions on how to pick up their pet’s medical records in the letter sent out to them.

Tate himself is retired after many years of service to people and their pets in the Sandhills. Born in Blowing Rock, he earned degrees in Animal Industry and Agriculture at North Carolina State and a doctorate in veterinary medicine at Oklahoma State University. He is a veteran of the U.S. Army. He and his wife Anthea have three sons and five grandchildren.

Tate enjoyed his work with the different practices, but Raeford Animal Clinic was special to, his son said.

At the moment, there aren’t plans in place to reopen the business. However, Tate said he’s an “eternal optimist.” If he’s able to find a veterinarian who would “fit the community,” one who’s willing to serve Raeford and Hoke County’s furry friends, Raeford Animal Clinic could make a comeback in the future. “My father and I both are truly grateful for all the patronage of the clients,” he said.